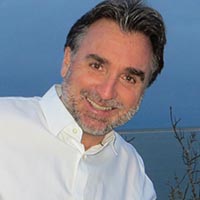 “Bruce Northam is what you might call well-traveled.” —CNBC

Bruce Northam is a veteran and prize-winning travel writer and five-time author. Here are his recent features. He’s a regular contributor to JohnnyJet, GoNomad, Well Defined, and AmericanDetour. His talk, Directions to Your Destination, reveals a new way of evaluating tourism (his other talk, Street Anthropology, is an ode to freestyle wandering). Bruce is the author of THE DIRECTIONS TO HAPPINESS: A 135-Country Quest for Life Lessons as well as a renowned Lower East Side NYC walking tour guide. His show, American Detour, bares the travel writer’s journey.  Facebook: Bruce Northam & American Detour. YouTube.

“Think of it as a Chicken Soup for the traveler — with balls.” —Thrillist

Bruce also has some pull on Facebook via Bruce Northam and American Detour.

Bruce’s fifth book, NYC 7, is a National Geographic title about New York’s ‘International Express’—the 7 train’s 22-stop ride, which doubles as a trip around the world, touching people from dozens of nationalities and showcasing even more lifestyles. Globetrotter Dogma: 100 Canons for Escaping the Rat Race & Exploring the World, was cited by National Geographic as one of “Ten better choices: insightful travelogues that will inspire rather than dictate.” (Geographic’s list included The Travels of Marco Polo, by Marco Polo.)

Travel+Leisure describes The Directions to Happiness as “a fun ride.”

“By the end of the book, you like the author, you believe him, and you’ve had a fun ride–because this is no namby-pamby travelogue.” —Travel+Leisure

A JOURNEY THROUGH 135 COUNTRIES REVEALS WISDOM FROM UNLIKELY SAGES — In THE DIRECTIONS TO HAPPINESS, Bruce Thoreau Northam shares the infinite goodwill of strangers through engaging tales from his travels to 135 countries. He has spent decades navigating the globe in a continuing search for words to live by—and live for—in his quest for enlightenment.