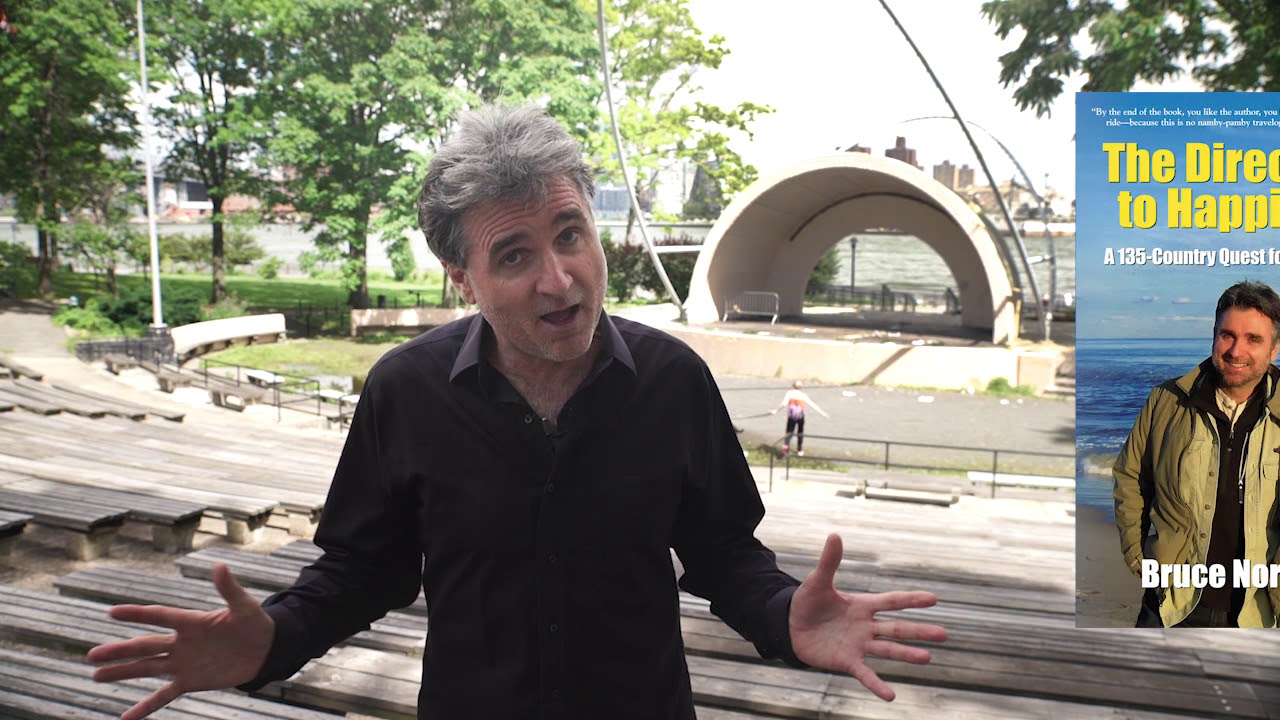 Parts of the FDR are built upon English WWII rubble?

“Bruce Northam is what you might call well-traveled.” —CNBC

After visiting 150 countries, veteran travel writer, author, and street anthropologist Bruce Thoreau Northam rediscovers his historic and overlooked corner of New York City’s Lower East Side below Delancey Street. His new, one-of-a-kind walking tour starts near the East River Park Bandshell (Amphitheater) and ends above Manhattan’s East Broadway F-train subway station. The two-hour odyssey mingles offbeat locales, history, untouristed establishments, fun facts, and tales of NYC and beyond. This unconventional excursion transitions through several wildly different worlds, and the route and content have nearly zero crossover with any other tour—it goes behind the scenes of NYC’s uncharted “lower” Lower East Side. Chances are you won’t see any tourists until the tour’s finale.

“Think of it as a Chicken Soup for the traveler — with balls.” —Thrillist

* Private tours by appointment: $49 per person (two-person minimum); 8+ people = $35 per person. Tours for one person arranged separately. Inquiries via brucenor@aol.com

“By the end of the book, you like the author, you believe him, and you’ve had a fun ride–because this is no namby-pamby travelogue.” —Travel+Leisure on The Directions to Happiness: A 135-Country Quest for Life Lessons

* A “dive” into the East River and its crossings

* Beholding one of the city’s oldest housing projects (and its requisite, authentic bodega) and the grand architectural landmarks of centuries past that survived the bulldozer

* A peek inside an historic church and an old-timey saloon

* Strolling the backbone of a now trendy neighborhood, the “Lower” Lower East Side that resembled a ghost town 15 years ago

* Bruce’s rules of the road for surviving life in NYC

Bruce is a licensed NYC sightseeing guide who has been local since 1985. He goes inside the Lower East Side as only a veteran travel writer can.

COST: Private tours by appointment, $35 per person (four-person minimum); 8+ people = $25 per person. Tours for less than four arranged separately. Inquiries via brucenor@aol.com. (PayPal, cash, check). This tour does not include food or drinks, but we’ll have ample opportunities to make pitstops at delis or for pizza, dumplings, ice cream, or whatever catches your eye. Private tours can be customized to focus on bars or bites.

BY BUS: Board either M14A or M22 anywhere on their routes but BE SURE you’re traveling in the direction of the last stop at Grand Street (ask driver). Get out at last stop (Grand St.) and proceed to 71 Jackson Street.

* Allow an extra half hour to get there—this part of Manhattan renders even veteran Manhattanites clueless. You will no longer be clueless.